Momotombo Volcano in Nicaragua – We could say that this was the sleeping monster of Nicaragua till lately. It had not experienced an eruption so relevant since 1905. 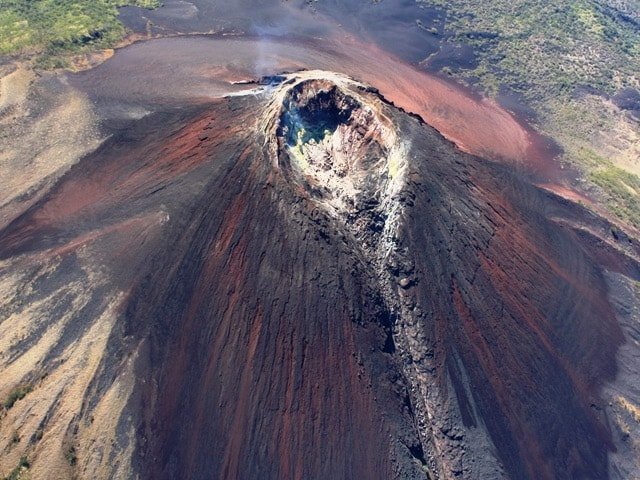 This volcano had been extremely popular in 1904 before the eruption. This colossus captures the mind of the universal poet of Nicaragua, Rubén Dario who wrote a poem in its honor in those days. In comparison with other volcanoes of Nicaragua, this is pretty high, it’s 1,927 meters high located north of Xolotlan lake.

The old colonial city of Leon built by Spaniards during the conquest was located close to the foot of the volcano, but in 1609 it decided to move away from the volcano due to a violent eruption of the Momotombo. This is how the Momotombo took a significant place in Nicaraguan history.

The volcanic activity of the Momotombo started again on December 1, 2015, after 110 years of sleeping, thanks to this the volcano has become an attractive touristic place for national and foreign tourists.

The volcano exploited creating a column of 8000 meters high at 3 of the morning, launching smoke, sand, lava, and ashes, with explosions every 4 seconds for 4 days.

After this waves of tourists came to look at from far the river of lava or to see the trail that it has created after the explosion. 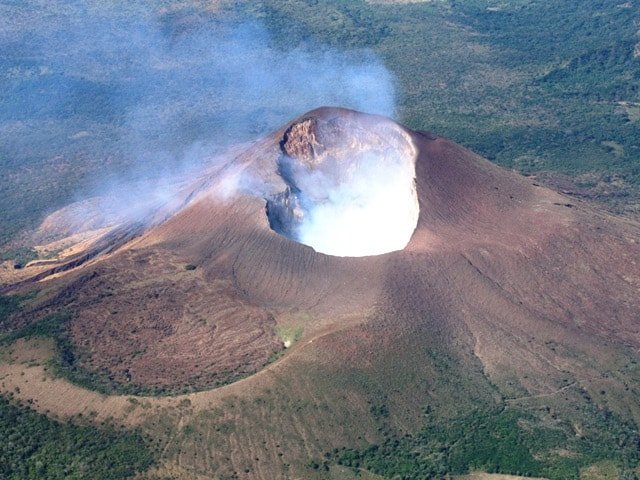 If you are one the tourists who love climbing volcanoes, practice walks or sleep on their feet , then the Momotombo is waiting for you.

At the foot of the volcano an electric plant has been established to take advantage of nature for creating electricity from the hearth of the volcano.

The most advisable route to get here starts in the electric plant, from here you must walk till reaching the foot of the volcano, as the ascending and descending is a little bit hard, it takes from 8 to 10 hours, you may spend the night on the volcano.

Due to its active nature the route to get till the top is constantly changing. All this adventure may be something challenging but the rewards are priceless; from the top you will have magnificent views of the Leon city, the marvelous Pacific Ocean and you know what? If you are in your days of lucky so you are going to look at from here the Masaya volcano and Ometepe Island.

Life is a challenge and hiking the Momotombo volcano it is too…let’s take it and conquer it together.